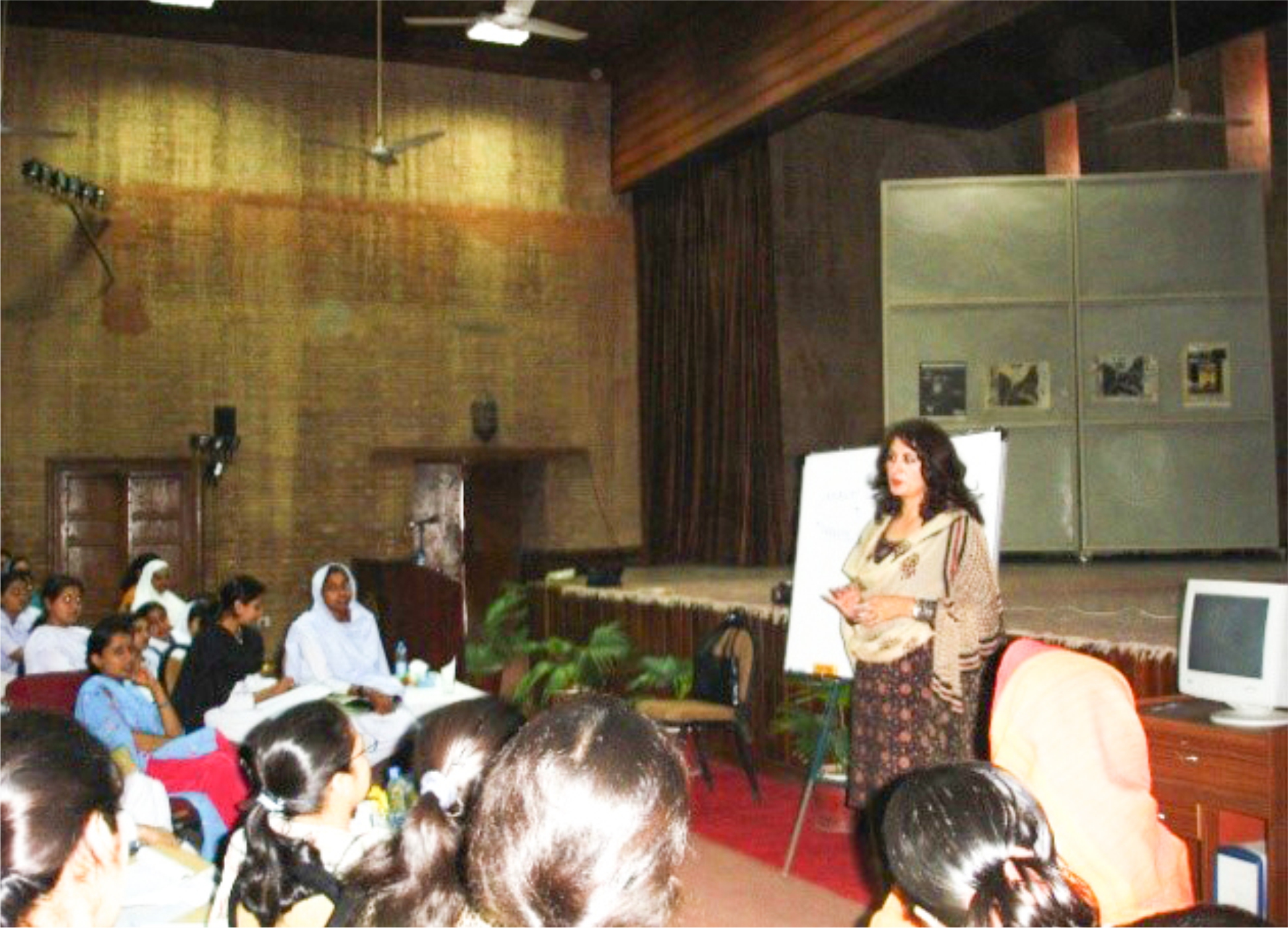 Posted at 09:30h in projects by Simorghorg 0 Comments
0 Likes

This project was conducted from July 2005 to December 2007. It was an awareness raising research project.

A series of workshops, lectures, discussion sessions, activities were held in the pursuance of this project. Prior to and during the duration of this project Simorgh visited various areas, so to make its’ contacts with people and to involve them in the aforesaid project. This helped attaining acceptability for this Project.

Workshops: Issues taken up at the first two workshops were those based on student’s concerns as articulated during the base-line survey. Topics covered were Aims and Objectives of the Walled City Project, History of the Women’s Movement (in England and Pakistan), Poverty and its’ effects on Women, Muslim Family Laws (an overview), Tolerance and Society, Human Rights and CEDAW.As far as the third workshop was concerned, this particular workshop had the aim of developing life-skills such as theatre techniques and script writing amongst its’ participants.

Other than these 2 workshops with students of F.J.Chuna Mandi,there were two more workshops conducted. One was conducted with VTI students and one with the Community. Both workshops had the title of ‘Aaye Naiy Rasstay Nai Manzilain Talaash Karain’.

The one conducted with the Community was a two day workshop from 27th June to 29th June 2006.It had a total of 36 women participants. The main aim of the workshop was to build trust, select women for initial mobilization and to motivate them for formal learning by providing them with a space where they could comfortably discuss various matters and problems.

The one conducted with VTI Students was a two day workshop from 11th July to 13th July. Following were discussed in this workshop namely,(i)goals, aspirations and ground realities,(ii)women and development and (iii)strategies and routes for positive change.

Sessions: Regular sessions which taught students how to read, write, attempt comprehensions, informed them about their legal rights ,NGO’s role in community development etc were held with  students of VTI, Delhi Gate at various intervals in 2006.Simorgh also made efforts to contact the non-muslim community so as to conduct similar sessions with them too.